Tom-Yum-Goong (Thai: ต้มยำกุ้ง, IPA: [tôm jam kûŋ]) is a 2005 Thai martial arts action film starring Tony Jaa. The film was directed by Prachya Pinkaew, who also directed Jaa’s prior breakout film Ong-Bak. As with Ong-Bak, the fights were choreographed by Jaa and his mentor, Panna Rittikrai. The film was distributed as The Warrior King in the United Kingdom, as The Protector in the United States, as Thai Dragon in Spain, as Revenge of the Warrior in Germany, and as Honor of the Dragon in Russia and CIS countries.
Release Year: 2005
Run Time: 1:51 (111 min)
Rating: R
Starring: Petchtai Wongkamlao, Tony Jaa, Bongkoj Khongmalai
Director: Prachya Pinkaew
Box Office Revenue: 27,165,581
Written by: Prachya Pinkaew, Napalee, Piyaros Thongdee, Joe Wannapin, Kongdej Jaturanrasamee 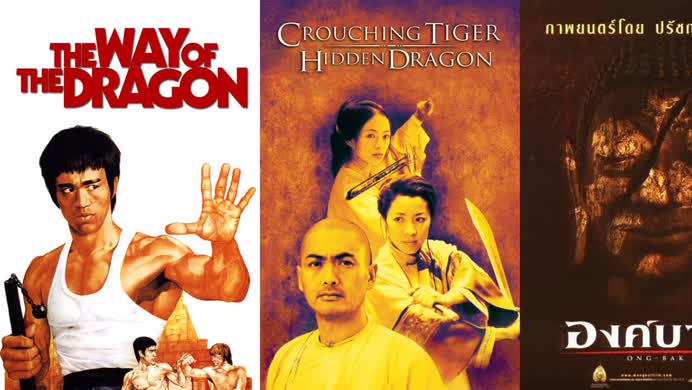