In the irreverent spirit of fun that made “The LEGO® Movie” a worldwide phenomenon, the self-described leading man of that ensemble – LEGO Batman – stars in his own big-screen adventure: “The LEGO® Batman Movie.” But there are big changes brewing in Gotham, and if he wants to save the city from The Joker’s hostile takeover, Batman may have to drop the lone vigilante thing, try to work with others and maybe, just maybe, learn to lighten up.
Release Year: 2017.0
Run Time: 1:44 (104 min)
Rating: PG
Director: Chris McKay
Budget: $80,000,000 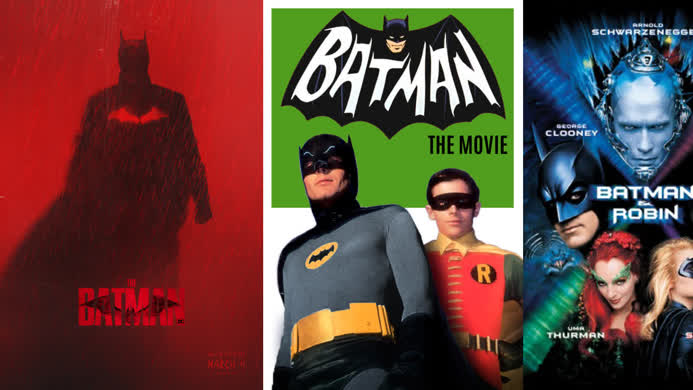 The Many Faces Of Batman

The Caped Crusader may have started fighting crime in 1939, but he remains one of pop culture’s most iconic figures. Let’s take a look at the history of Batman in film as we get excited about the latest incarnation of The Dark Knight.